BOard & Advisors
At Recon, we believe the power is in the partnership.

Nick Kauser
After an early stint with Marconi Canada designing mobile wireless radios, Nick spent the first phase of his career in Venezuela. He worked for the National Telephone Co. (“CANTV”) and co-founded two companies in the communications industry.

In 1984 Nick was recruited by Cantel (now Rogers Wireless), the newly-licensed Canadian cellular carrier based in Toronto. He served as Vice President of Engineering and subsequently Senior Vice President of Operations, building out the first nationwide cellular network in Canada when Cantel achieved coast-to-coast cellular coverage in 1989.

After joining McCaw Cellular Communications in 1990, Nick also led the team that built the first nationwide network in the United States. He served as Executive Vice President and Chief Technology Officer, and continued in this role after the merger with AT&T Wireless Services. Until his retirement in 1998, he oversaw all aspects of engineering and network operations, long-range planning and evolution of the wireless network. Nick was also responsible for Project Angel, the AT&T Wireless fixed wireless initiative.

In 2004, Nick helped launch Clearwire and served as Chief Technology Officer of Clearwire Inc., President of Clearwire International, and a Director of Clearwire, Inc.  He has served on the boards of Cantel, XO Communications and RadioFrame Networks, and continues to serve on multiple boards, including Pendrell Corporation (Formerly ICO Global Holdings Communications, Inc.).

Nick obtained his electrical engineering degree from McGill University in 1963 and has completed post graduate courses in Logic design and Random Noise and Signals. For his pioneering work in fixed wireless, he received the prestigious Gold Prize awarded by The Carnegie Melon Institute and American Management Systems for excellence in the application of information technology. In 2011 he was inducted into the Wireless Hall of Fame.

Nick Kauser is presently a Partner in Eagle River Holdings.
Joel Leonard
Joel Leonard graduated from the University of Wisconsin in 1981 with a Bachelor of Science in Economics.   He started his career in finance with Merrill Lynch as an account executive.   In 1983, Joel became a member of the Chicago Board of Options Exchange (CBOE).   In 1986 he became a member of the Chicago Mercantile Exchange (CME) and the Chicago Board of Trade (CBOT).  In 1993, Joel founded Cornerstone Partners, a derivatives trading firm.  Cornerstone Partners was a member of the CBOE, PSE, AMEX, and PHLX for over two decades.  Concurrently, in 1997 Joel founded and managed a hedge fund, Advent Fund LLC, which specialized in mergers and acquisition arbitrage.

In 2004 Joel became a partner in Golden Horseshoe LLC.  Golden Horseshoe LLC is a real estate company, responsible for the design, financing, development and construction of over $200 million in commercial and industrial real estate projects.  Joel serves on several boards of both public companies (Northern States Financial Corporation and Grand Mountain Bancorp) and privately held companies (Recon Dynamics) and has served as a board member on Nemi Northern Energy & Mining Inc, a publicly listed Canadian corporation.  Joel is a partner at Great Lakes Grain & Transportation, LLC, a specialty grain merchant and logistics company.
Gary O'Malley
Gary B. O’Malley was Executive Vice President, Merger & Acquisitions of WaveDivision Holdings, a dominate market leader of fiber optic and telecommunication service provider on the West Coast based in Kirkland, Washington.  Over his career, Mr. O’Malley has been the primary executive responsible to buy or sell businesses including sourcing investment opportunities, leading diligence efforts, deal structure, negotiations and documentation and has served on the Board of Directors for a number of private companies.

Mr. O’Malley was co-founding shareholder and executive of Cable Plus Holding Company growing the business successfully over 11 years ultimately selling in 2000 via multiple transactions valued in excess of $250 million.
KYLE Pickens
Kyle Pickens, CFA, is currently a Partner at Thermo Companies, and serves as Vice President of Strategy at Globalstar, Inc. a Thermo Companies investment.  Mr. Pickens joined Thermo from Steelhead Partners, a long time Globalstar investor.  Mr. Pickens also currently serves on the boards of Pivotal Commware and Recon Dynamics both Seattle-based technology companies and is a board observer in Lost Hills Thermal, LLC, a California based oil producer.

Mr. Pickens joined Steelhead Partners as an analyst at the end of 2009 and was promoted to Partner of the Navigator funds in 2015. At Steelhead, his responsibilities included coverage of the Telecom, Media and Technology space. Previously, Mr. Pickens was with Cadogan Management LLC, where he was a director and an investment committee member. He interned at Cadogan while an undergraduate student, then joined full time as an analyst upon graduating in 2002. In 2005, the firm launched a fund of funds/hedge fund hybrid vehicle for which Kyle had day-to-day responsibility. Mr. Pickens holds a B.S. in Finance and Information Systems from New York University's Stern School of Business.
MARK THOMAS
Currently the Chief Business Officer of RECON Dynamics.  Mr. Thomas has a Master of Science in Professional Accounting, and his career has spanned public accounting and investments, including both equity placements and real estate.  Mr. Thomas’ experience has also taken him internationally, working for multinational corporations throughout Europe from a base in Paris, France.  Mr. Thomas has worked with both small and large businesses, and has been instrumental in raising capital for a wide variety of businesses.  Mark has been active in leading RECON’s efforts at creating partnerships and accelerating growth.
Howard G. Trott
Currently Chief Executive Officer of RECON Dynamics. Mr. Trott has spent more than 30 years working with telecommunications pioneer Craig McCaw’s companies. Howard has completed a vast array of high-profile projects ranging from solar farms and aviation projects to large conservation projects. He is deeply focused on advancing green energy technologies, and designing with sustainability and conservation. Most recently he has worked on large scale storage projects in the Western United States. Howard's experience working with utilities and utility contractors makes him uniquely qualified to lead and accelerate RECON's growth in the utility industry.
Preston Woo
Preston brings over 15 years of experience in business development, technology licensing, M&A and private equity. Currently, Preston is the Chief Strategy Officer for Ossia, an innovative technology leader in the wireless power space.  At Ossia, he oversees strategy, corporate development, and business alliances. He also leads global regulatory initiatives.

Prior to joining Ossia, Preston served as the CFO and Vice President of Corporate Development for Sarcos Robotics, a global leader in robotic systems with Fortune 500 investors. Previously, Preston was head of corporate development at Pendrell Corporation, a publicly traded firm focused on acquiring and developing technologies. Prior to his role at Pendrell, Preston led the business development group in the licensing division at Intellectual Ventures. Earlier in his career, Preston held roles in the private equity team at Vulcan Capital and in the M&A group at UBS Investment Bank.

Preston holds a Bachelor of Science degree in Economics and a Master in Business Administration degree from the Wharton School at the University of Pennsylvania. 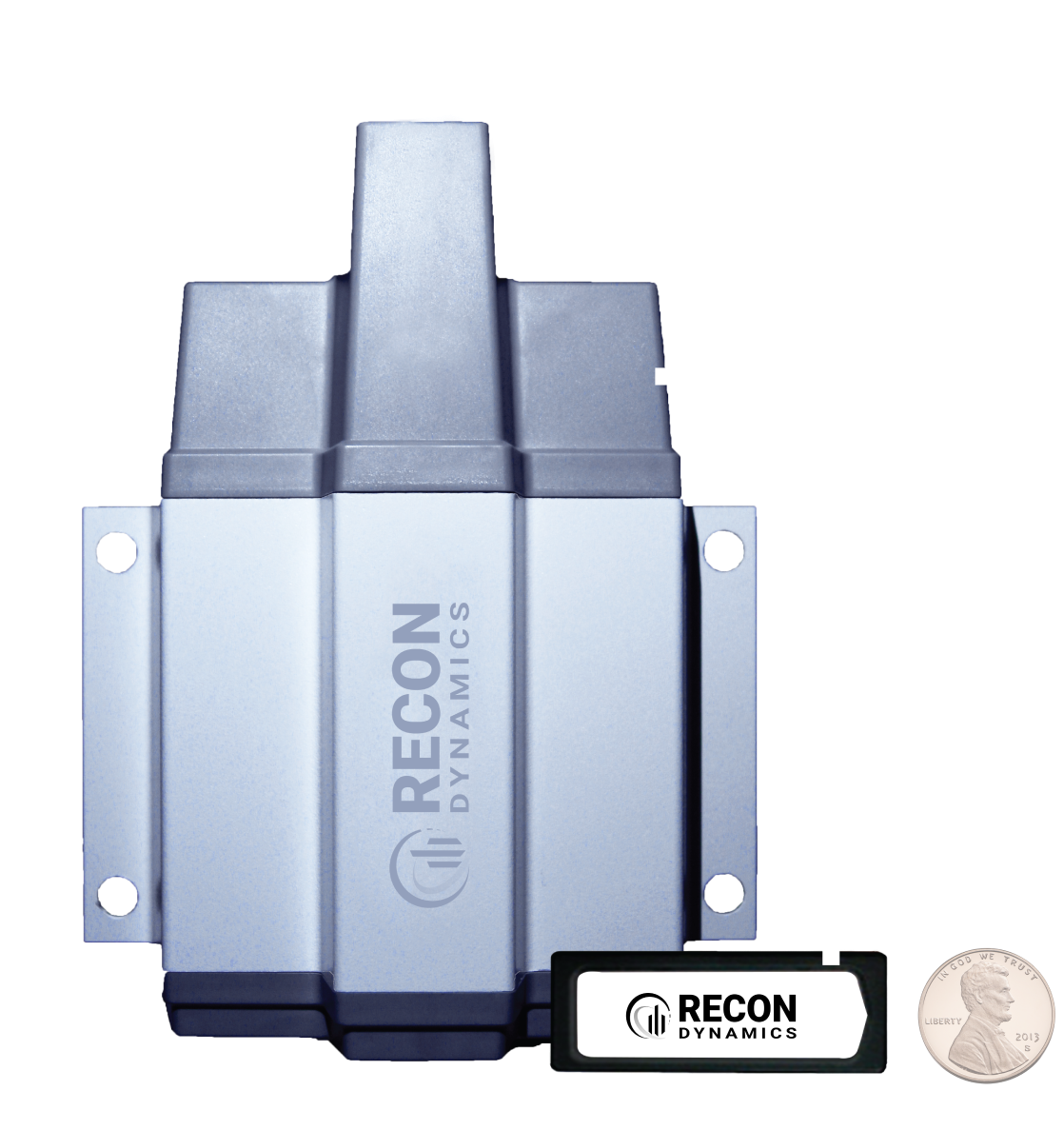 The Recon Advantage
- One Platform

The hardware package that underpins our solutions consists of tiny, long battery life, wireless sensors known as Smart Tags installed in or onto assets and receivers known as ProxBoxes.

With Recon, it is easy to scale up or down.

Simply increase the number of inexpensive and easy to install tags.

Simply increase the number of easy to install Proxboxes.

Want utilization information and also to know whether your drivers are making good choices while on the road?

Our ability to combine solutions will save you money. 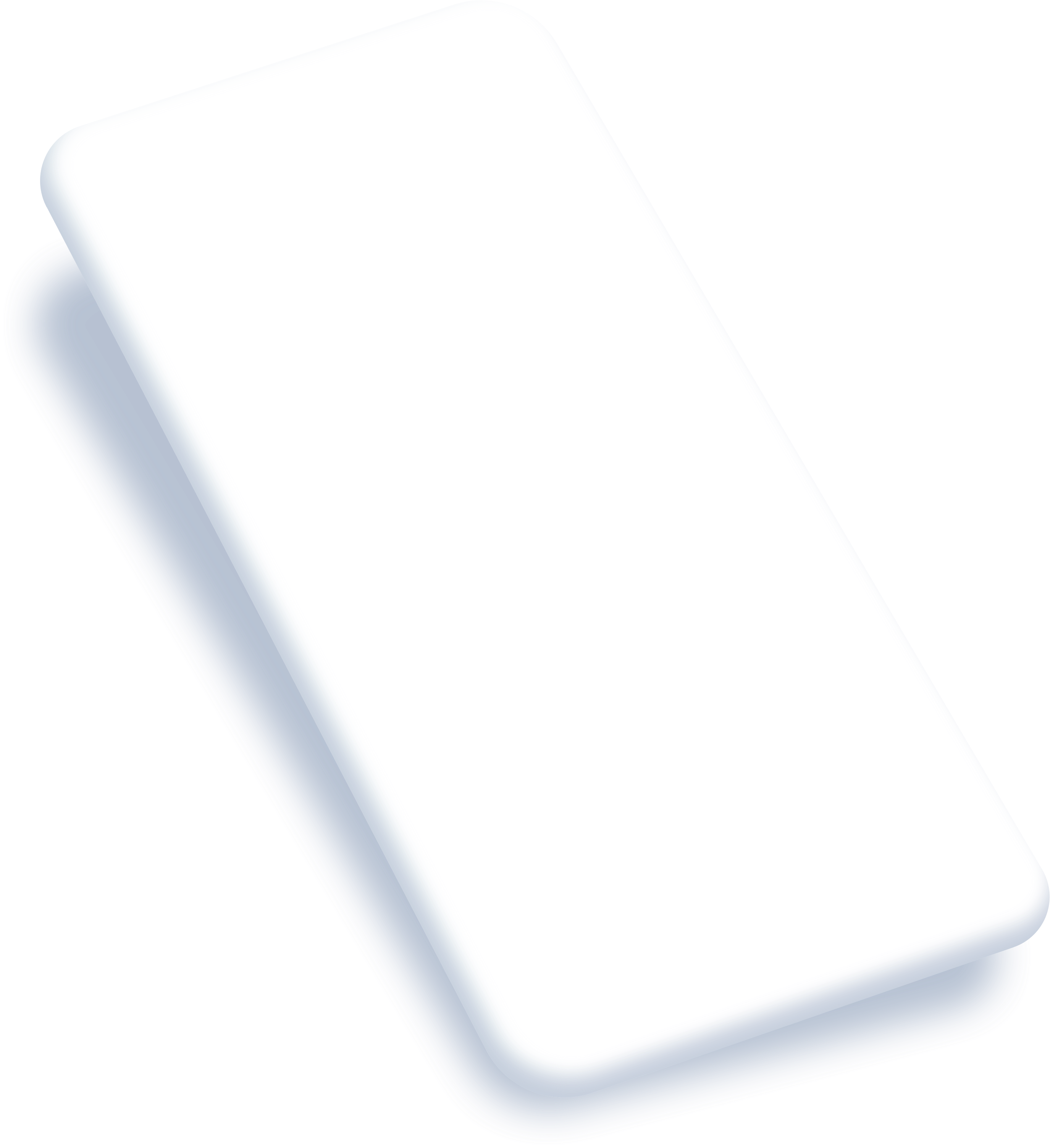 WE ARE THE SWITZERLAND OF DATA COLLECTION

There is no longer a need to have absolute loyalty to a particular brand in order to have basic information about your tools and equipment. With Recon, you’ll be armed with the insights you need in order to protect your bottom line - now.

With Recon, the power is in the partnership. Come one, come all. 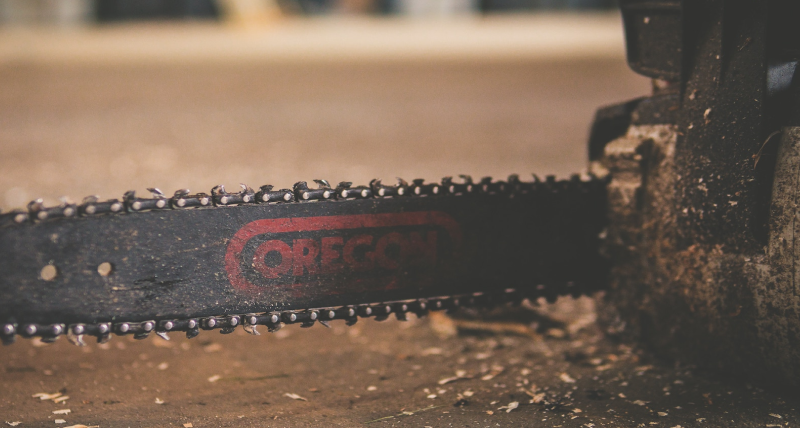 Tools and equipment are often spread across multiple projects and job-sites. Eliminating lost assets and minimizing time wasting searching is critical to keeping project costs low. Knowing the precise location of tools and equipment makes project billing by usage possible, leading to greater accountability at all levels. Imagine the efficiencies that could be realized if the exact location of all assets was easily at your fingertips. 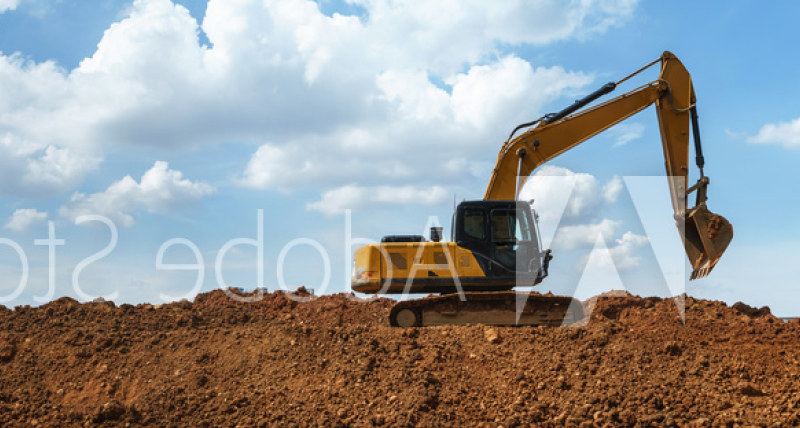 Large inventories of expensive tools and equipment shouldn’t be idle. Knowing whether assets can reasonably be pulled off one project and moved along to the next results in greater productivity across the board. Imagine the efficiencies that could be realized by knowing how much and how often assets are used. 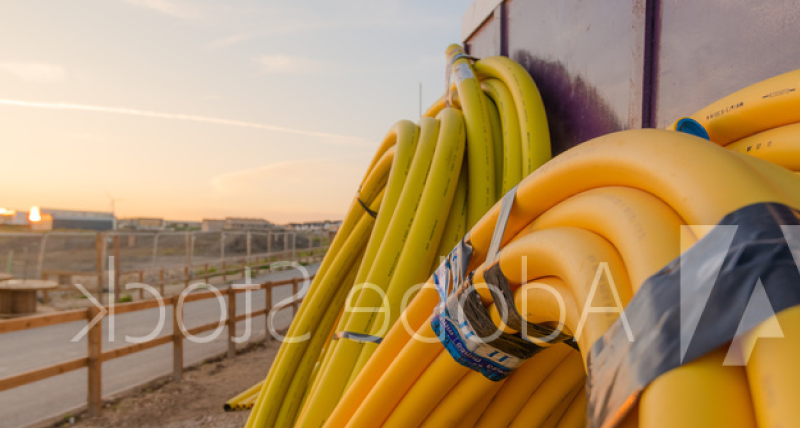 Complex projects have many moving parts. Critical material deliveries are expensive, sent by multiple vendors, with unknown delivery windows. When a delivery fails to arrive - or its arrival isn’t properly documented - costly miscommunications result. Imagine having certainty around delivery time and location. 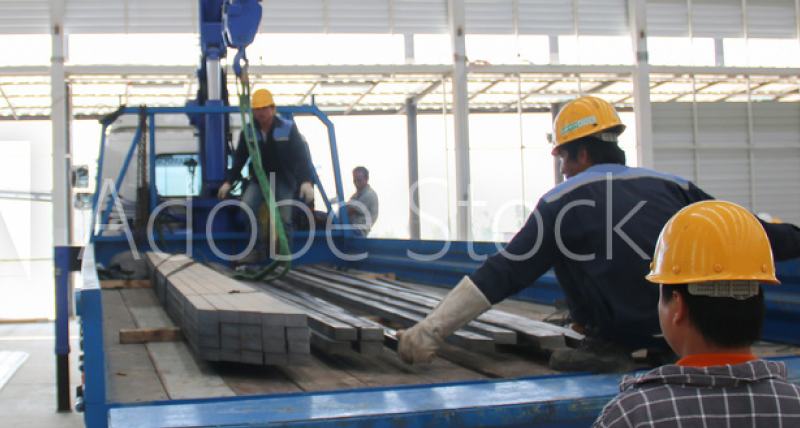 Excess or “lost” materials are a common phenomenon on construction sites. Imagine the waste that could be eliminated by knowing where materials are on site, whether surplus materials exist, and how many times you had to move them before they were installed. 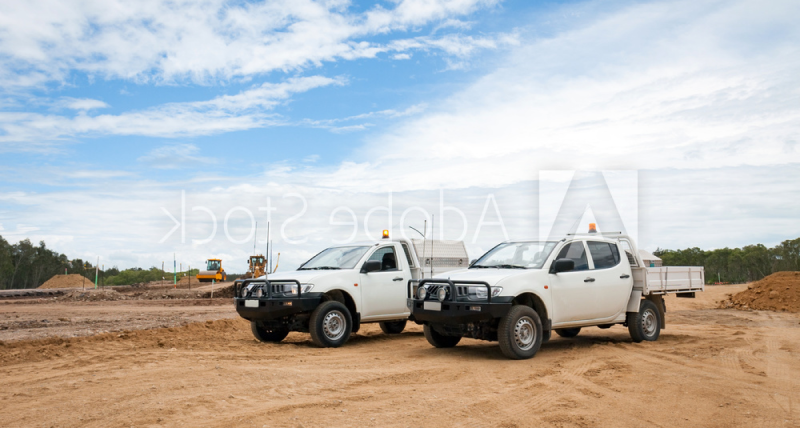 With large fleets of clearly marked vehicles, communities hold company vehicles to a high safety standard and are unafraid to report violations. Imagine knowing whether drivers are following safe practices and having the ability to validate claims of recklessness and provide coaching before a tragedy occurs. 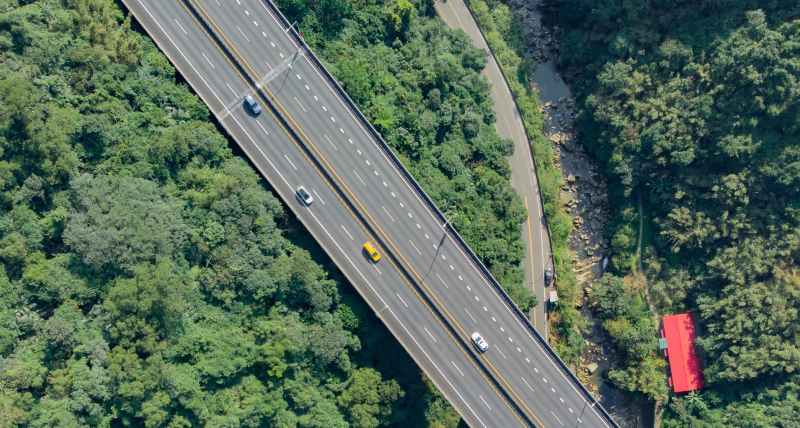 Construction vehicles cover large territories. Imagine the savings of time and fuel that could be achieved through more efficient routing.

Reach out to us for any questions you have.